The 2017 Meyers Aircraft Owners Association Fly-in took place June 22-25 in Bentonville, AR hosted by Dr. Jamon Pruitt with a throwback theme of the 1960’s as a tribute to the time of the Meyers 200. Arrivals to KVBT were greeted by Dr. Pruitt at his hospitality tent and the wonderful airport staff. Swag bags were give to each guest that included a T-shirt, hat, and vintage Meyers design coffee mug.

On Friday, we enjoyed a private aerobatic demonstration of the GB1 GameBird. Afterwards, a tour of the Game Composites factory on site at KVBT gave us the opportunity to learn more about this incredible plane and its capabilities. That evening was an exceptional dinner at The Hive located in Bentonville’s award winning 21c Museum Hotel.  Several of our guests captured our theme perfectly with their colorful attire!

Saturday activities included morning maintenance meetings for the Meyers 200 and OTW owners. The afternoon was spent by our members flying at leisure and touring many of the sites and museums around the Bentonville area. Our awards banquet and auction was held Saturday night at the Doubletree Hotel. Many thanks to Marv Rogge for entertaining us all as our auctioneer! Also, thank you to all of our donors who helped make the auction a success with items such as a handmade quilt, Meyers parts, Flying Eyes sunglasses, watches, aircraft barware, and custom Meyers Aircraft Co. metal signs plus, many more great items.   The 2017 Flagship award for best Meyers 200 and for best Meyers 145 was presented to Dr. Jamon Pruitt.  Jim and Becky Jones were awarded  best Meyers OTW. 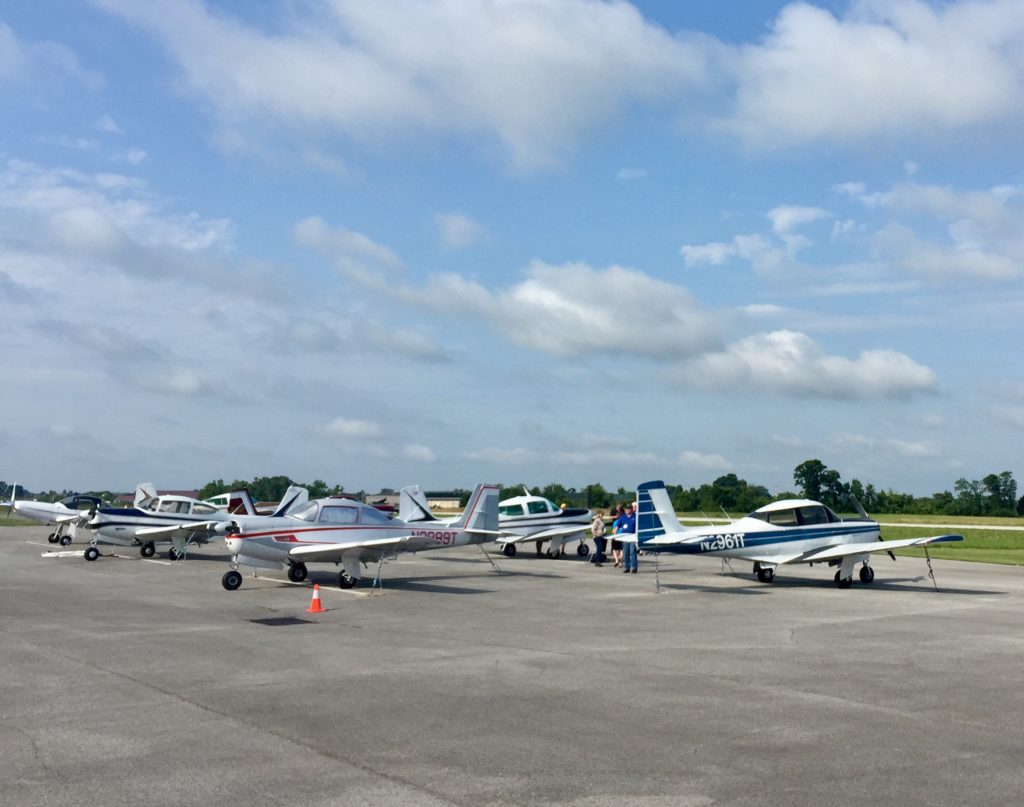 Sunday morning breakfast at the hotel was our final event. As always, departures are bittersweet and make us long for our next gathering! Many thanks to all those who made the Fly-in a success: Dr. Jamon Pruitt as our gracious host, John Secord for all the behind the scenes computer design work, and for all those who attended.  We had a total of 30 MAOA members with nine Meyers 200, one Meyers OTW, and one Micco along with many public visitors from the Bentonville area.  It’s always to great to hear someone say that a Meyers is their favorite plane!  See you next September in Michigan!