Center of the Universe! New OTW Restoration Airfield and Facilities Near Completion

There is a place in South Carolina that is being set up as the new center of the Meyers OTW universe, the vortex of biplane aeronautica and the home for OTW restoration.

How this whole idea got started, I can’t really say. But Tom Thibodeau, Mike Barg and I kicked ideas around when we got together at the Meyers Flyin in Lebanon, Tn. I think we were just talking about retirement and what we would like to do and, before we knew it, we were making plans. At this point it was more of “wouldn’t it be great if we could do this or that”.

Mike was really leading the charge with an insatiable passion for preserving OTW basket cases that needed a lot of TLC. He starting talking to, and working with, owners of OTWs that were damaged and in need of restoration. In several cases the owners were children of a former owner, so the planes had strong sentimental value to the family and they wanted to see the plane fly again.

I had restored an OTW before so Mike suggested we get together to preserve these airplanes. As the idea took root, Mike presented the idea of an OTW restoration facility to Keith Diver. Keith embraced the idea. Once, while on a business trip to the area, I stopped in and spent a couple days with Keith and Joan. Keith and I spent hours talking about the future of the OTW and our plans to preserve them. The support and encouragement we got from Keith and Joan were absolutely essential in keeping the idea alive. 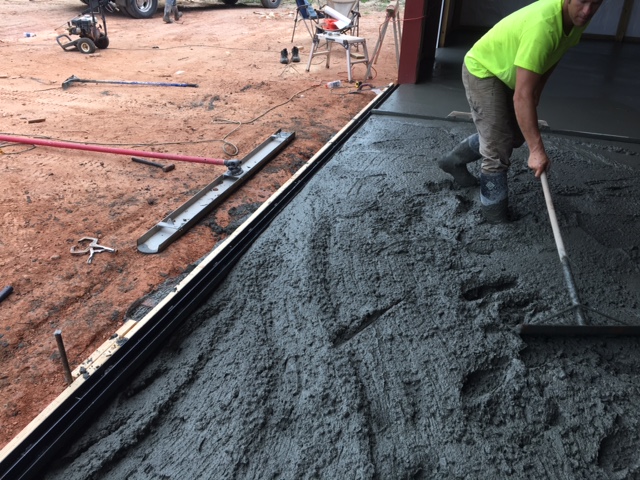 After Keith passed away, Mike purchased all the OTW assets from the factory in Tecumseh. Now he had all the original hand drawn blueprints, production fixtures and patterns for the OTW. Soon it became apparent that there was going to have to be a large hangar…and maybe more than one, just to house everything.

Mike and Tom had been in the Air Force together and Tom really liked what Mike was doing for the OTWs. Soon, the discussions centered around WHERE we were going to do this.

We were also being strongly encouraged to pursue our ideas by Captain Chuck Downey, patriarch of the OTW group. We were honored to have both his encouragement and endorsement.

At first Mike wanted to buy an Airfield somewhere so we could set our own rules and not worry about anyone else. That became a bit problematic when both the cost of acquisition and upkeep were factored in. So we started looking for airports that would allow three couples to move in, build hangars and houses and let us work and fly as much as we wanted to. 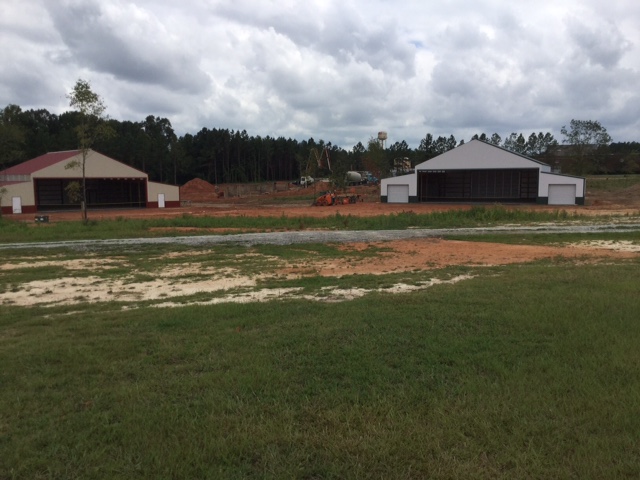 Our criteria included as much good flying weather as possible, grass runways, easy access to runways, low taxes and lots of general aviation in the area.

I went to a website entitled “Abandoned and Little known airports”. We had narrowed our search down to about five states and started eliminating options until we found a couple in South Carolina that fit the bill.

One Airfield was located near Honea Path, S.C.. it had everything we were looking for including the bonus of TWO grass runways. It is called Ashley Airfield and the identifier is SC01.

Becky and I were having breakfast at Captain Downey’s House three years ago and I mentioned this airport to him. Right there at the table I called a man named Vern Chupp. He owns an airplane at SC01 and told us all about the airport. It sounded almost too good. After the call we got out a road atlas and looked up Honea Path. Captain said South Carolina has a lot of Navy history then put his finger on Honea Path and said “that’s where we’re going.”

Becky and I made a trip to HP and met Vern and others there in the flying club. The weather was perfect, the runways were inviting and the southern hospitality was warm and welcoming.

SC01 is a private airport so we had to go through an interview process to be allowed to join. Several months later Tom and I made an hour long presentation to the club and were welcomed to join.

Soon we three couples bought nine acres next to the airport and started building three nearly five thousand square foot hangars. Becky and I started our house construction soon after the hangars got started.

The Jones house should be done in March and the plan is to move in April. From there things will start to happen fast.

All factory OTW assets that are currently in storage will be shipped to Mike’s hangar, completely cleaned and restored for possible use. The OTWs to be restored are serial numbers 22, 26 and 91. Serial number 40, FLY NAVY and once owned by Captain Downey, will be in the restoration lineup as well. We will also have serials 32 and 67 based there. These are restored and flying. 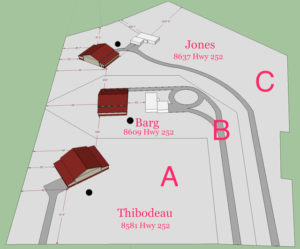 Tom will have his Meyers 200 and his wife, Maureen, will have her cute Cessna 150 Taildragger there as well. All totaled, we will have 8 airplanes based at SC01, four flying and four projects. Oh, and Mike has an actual T-37 cockpit flight simulator to be restored as well.

Tom and Mike are both instrument flight instructors. I’m just the lowly A&P. But we are really looking forward to getting all set up at SC01.

Some of the stories we’ll save for telling at the fly in include:

See you at the flyin!