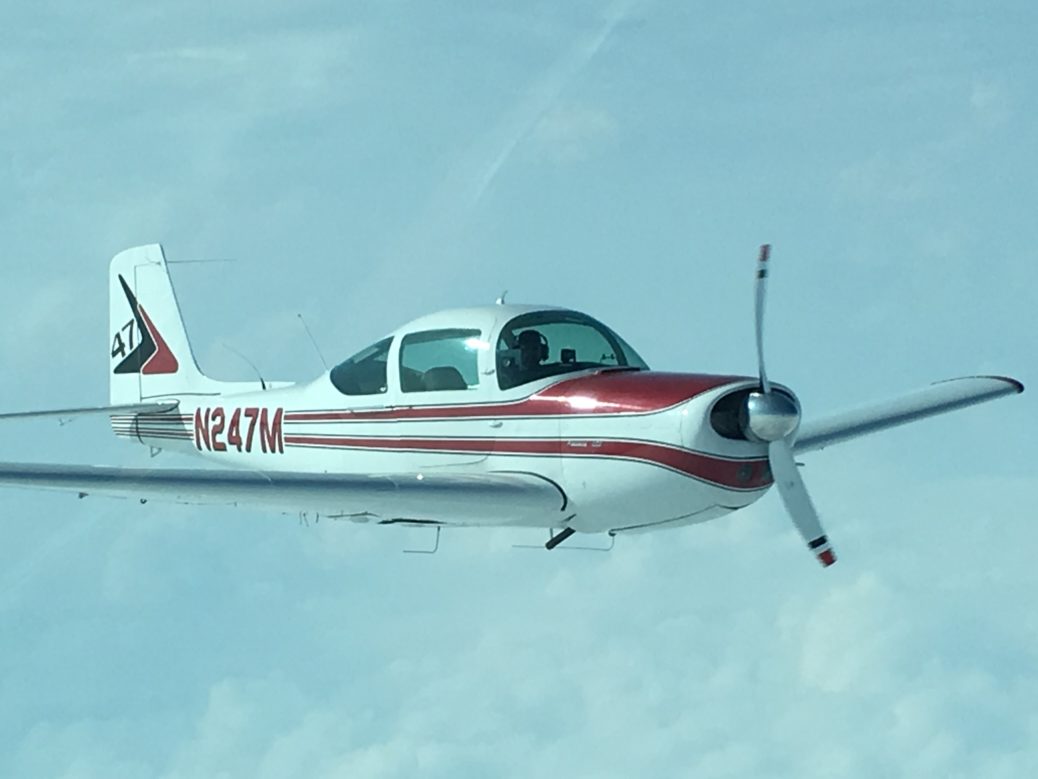 Augusta, KS, April 7, 2016—John Secord is no stranger to flying fast in his regularly flown Glasair Super II so Sunday’s Sunshine Express 400 from Greenwood, South Carolina to Winter Haven, Florida was another great opportunity to race in the highly regarded but fairly new venture, which debuted last year as the “Race to the Sun.” And, while John is a familiar figure at general aviation races, the same might not be said for the airplane he chose to fly in this year’s race—a Meyers 200C built in 1964 and not flown in competition for more than four decades.

“The thing is, the Meyers design was so far ahead of its time when it debuted that it’s not old now, even after 50 years and it’s definitely not outdated,” Secord said after not only flying in, but winning, the FAC1RG Class of the 400 mile race in a time of 2 hours nine minutes and 18 seconds. He averaged 223.30 miles per hour. “To put that in per-spective,” he explained, “I finished less than a minute behind a newer airplane that weighs about the same but flew in a higher performance class because it has a higher horsepower, turbocharged engine. And, I bet I burned less fuel than he did, too!”

John plans to follow up his win in the Sunshine Express 400 by entering the Texoma Air Race in Sherman, Texas on April 16 where he expects to be joined by last year’s defending champion in the FAC1RG Class, fellow Meyers competitor, his friend Dr. Jamon Pruitt. Dr. Pruitt also beat the rest of the field in the FAC1RG Class in last year’s AirVenture Cup Race prior to the annual EAA gathering at Oshkosh, Wisconsin too. “Going three for three in these races should encourage some of our fellow Mey-ers 200 owners to join us,” Secord added. “It could result in a race within a race as Meyers airplanes form their own Challenge class in upcoming Sport Air Racing League events and of course, at AirVenture in Oshkosh. That should also generate increased interest in both the original version of the airplane and the potential updates and improvements being considered by GlobalParts.aero and Interceptor Aviation in the future,” noted Nin George, Vice President of Quality and Performance Excellence at Global Parts.aero, and Interceptor Aviation. Interceptor Aviation, which acquired the Type Certificate for the Meyers Aircraft in 2014, is an affiliate company of Global-Parts.aero.

GlobalParts.aero is exhibiting at Sun’N Fun in Lakeland, Florida, April 5-10. Jeff Ellis, the company’s vice president of sales is heading a team of representatives who can provide information on the company’s broad range of products and services at Booth 064 in Hangar A.